Sometimes, it’s the games that aren’t meant to be scary that frighten us the most. Maybe it’s their unsuspecting nature catching us off guard, or that just a brief moment of horror in an otherwise happy experience is enough to unsettle even the toughest of tough guys (and gals). Whatever the root of it, if these games aren’t keeping you up until all night playing, they’re keeping you up all night for an entirely different reason.

It’s already well known how traumatizing these games can be for the children who first played them, with ReDeads, the Under the Well mini-dungeon, and well… pretty much all of Majora’s Mask, but they’re still worth remembering this Spooktober. Here’s to the Zelda games, subtly introducing nightmares through the guise of fun harmless adventures!

I know what you’re thinking, how could a Mario game possibly be on this list, and a Paper Mario game at that, one of the most inoffensive and charming series out there? Well it’s not exactly the game itself that’s so terrifying. To explain, eventually in Super Paper Mario you’ll find yourself in a place known as The Underwhere, a silly name given to the land of the dead. As you make your way through the world, you’ll find yourself crawling along the bottom of the River Twygz, where a certain music track will begin playing…

Possibly the most unsettling video game song I’ve ever heard, and it’s in a Mario game no less! I’m not even sure how to describe it, or if it can even be qualified as music. It’s really more just the sounds of nightmares, and it creeps me right out. I wouldn’t be surprised to find this song in a Silent Hill, but its inclusion in a Mario game makes it even more unnerving. 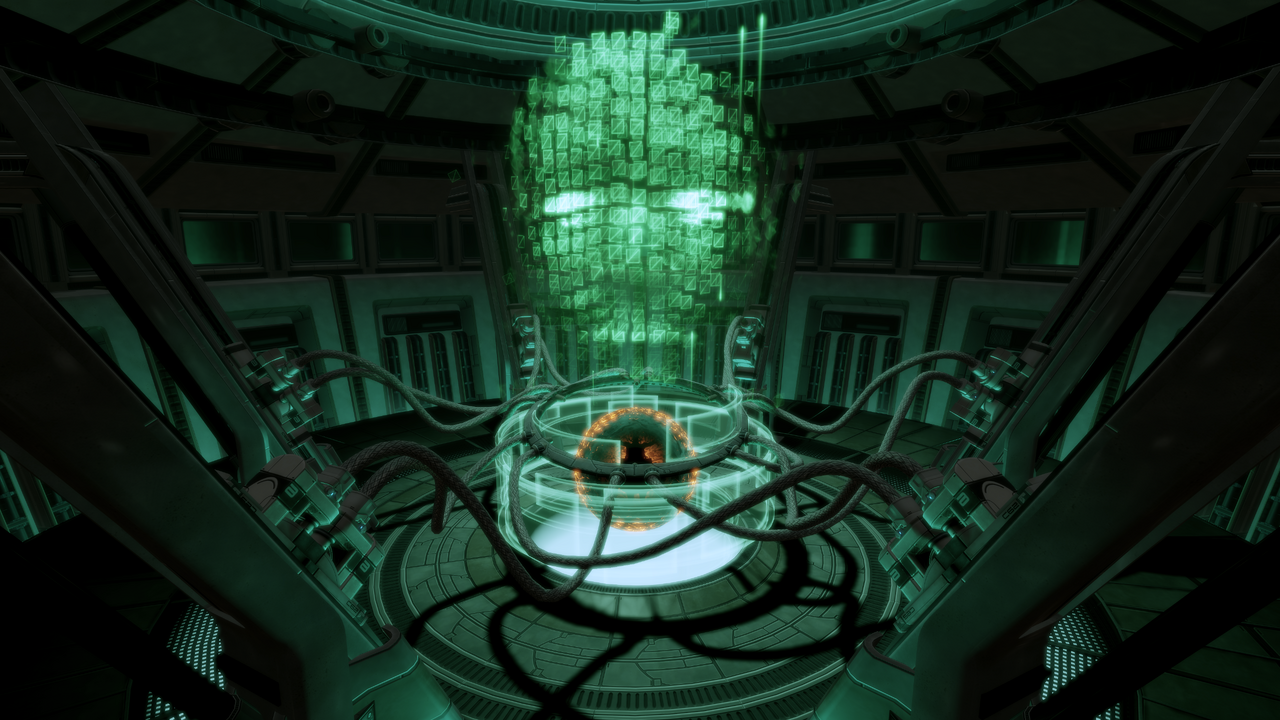 Mass Effect is known for its exciting and prominent DLC missions, with Overlord being somewhat overlooked. On the planet Aite, your crew is sent to investigate a research base gone silent, only to discover that entirely more sinister experiments were occurring there than anticipated. A rogue virtual intelligence and human hybrid has taken control and already attacked other areas, leaving your team to eliminate it. 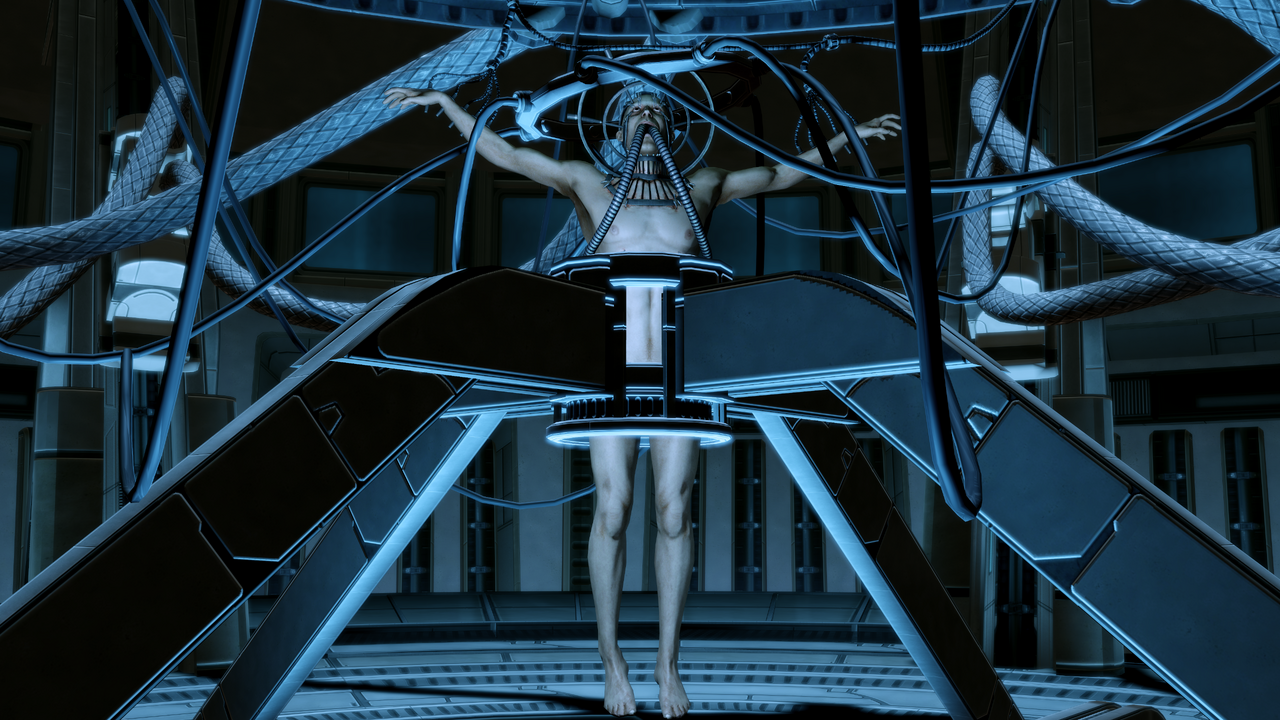 As it turns out, the hybrid, Overlord, is not happy about your interference and it shows. As you fight you way through the base, Overlord will appear, screaming intelligibly in a garbled and digitized voice, in screens and over intercoms. It gets progressively more aggressive as you work at achieving your objective and it’s indiscernible if it’s anger or fear you’re hearing. Its cries come spontaneously and often, resulting in me jumping out of my seat more than a few times as it appeared. Aside from these moments, the entire DLC has a disconcerting undertone, punctuated by its disturbing conclusion.

Assassin’s Creed 3 is known for being a mixed bag in terms of quality. Some players shook their heads at the lackluster personality shown by the game’s protagonist or the limp conclusion to the present day storyline of the series. My largest gripe with the game however, was the traumatizing time I spent scouring the underground areas of Boston and New York in order to gain access to fast travel points strewn about the city.

It may not appear so awful at first glance, you just have to wander around some tunnels, solve a few puzzles, and fight a couple enemies as you unlock certain doors found beneath the earth. But the labrinthyian design of the maze can allow this process to take hours, hours in which you’ll find yourself lost and confused on how to properly proceed. “Didn’t I just come this way?” you’ll think to yourself, slowly coming to the realization you’ve spent ten minutes going in a huge circle. I’m not one to usually have this phobia, but the tunnels grow to feel incredibly claustrophobic over time, with no music to help keep your mind at ease during these trials. Instead, the only noises you have for comfort are the scuffle of the assassin Connor’s feet and the creaks and groans of the old abandoned underground. You know there’s nothing actually dangerous down here besides a few soldiers, harmless against your hidden blade skills, but the atmosphere of confusion, frustration, and the ominous loneliness of the underground can lead to a bit of paranoia if you find yourself lost in the dark.

The Batman: Arkham series is no stranger to jump scares, with creepy skeletons lining the vents, and the infamous Scarecrow Easter egg hidden in Arkham City. But the one that really takes the cake can only be the Dark Knight’s initial encounter with Manbat.

In Batman: Arkham Knight, travelling through the city is faster and easier than ever, and this game above all gives you the confidence of the Caped Crusader. Gotham really is YOUR city now. So amateur-Batmen were in for a shock when casually zipping to the top of a random building only to have this creature jump out at you, screaming into your face before flying off again into the night. It’s entirely cheap but effective and crazy enough to be fun and memorable. The game even mocks you again later, using the same scare tactic again with a twist, at this point seemingly just to troll players. 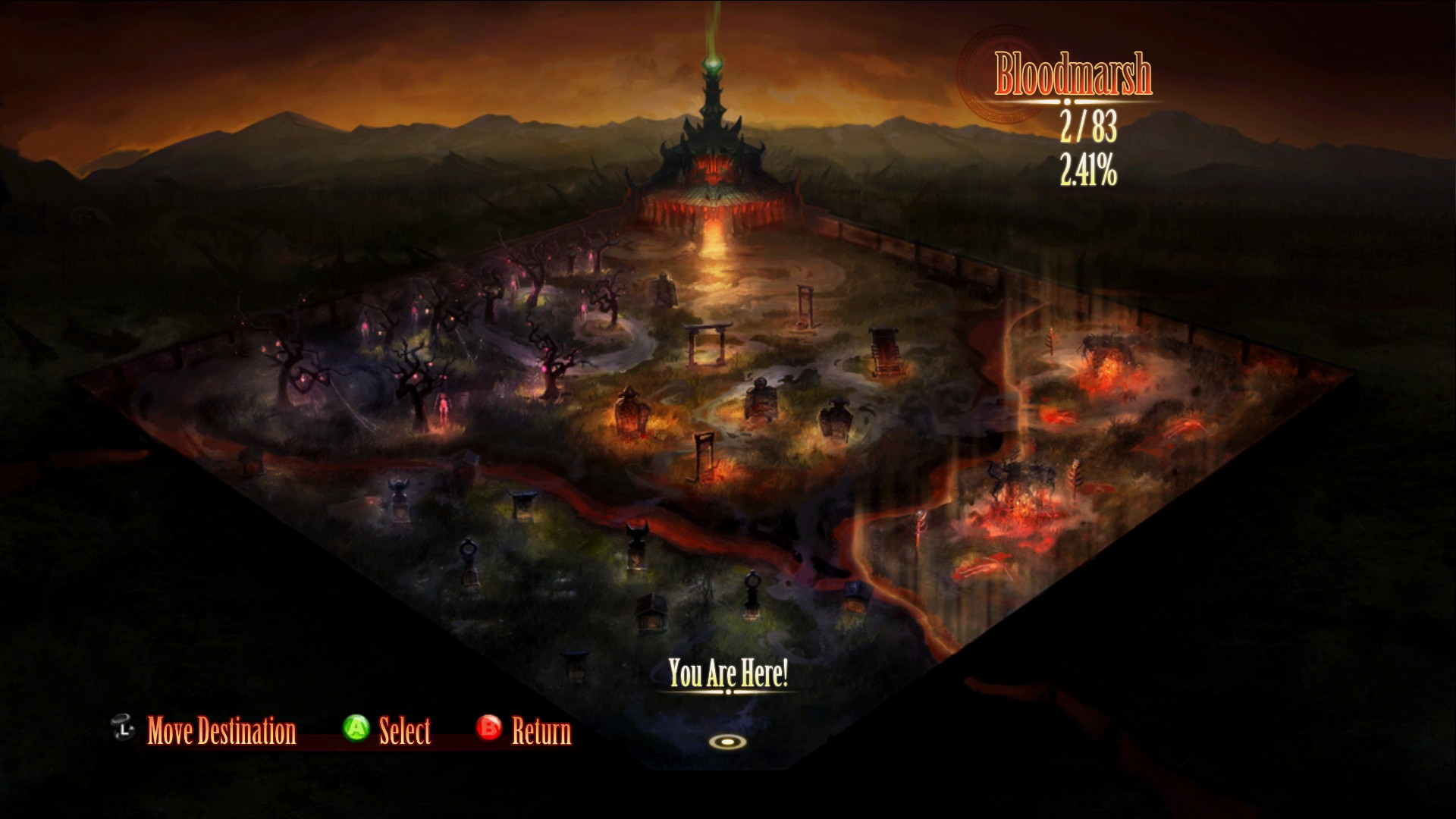 Speaking of games outright trolling players with jump-scares, the 2009 reboot of Mortal Kombat does just that.  Instead of a typical menu for unlocking bonuses like concept art, music tracks, and character skins, Mortal Kombat has a unique and appropriately gruesome alternative with The Krypt (spelled with a K because that’s kool). The Krypt instead has you travel around a graveyard, exploding bodies, killing torture victims, and blowing up tombstones. Basically it’s the raddest thing ever, except for one little caveat.

This little jerk pops up at random as you spend time in The Krypt just to ruin your day. It’s not even very scary in retrospect, literally being a jpeg that pops up on screen for a second. But for unsuspecting players who’ve entirely let their guard down thinking they were in a spruced up menu, it’s one of the meanest tricks a game has played.

While other kids were blessed with the joys of Super Mario 64 and Ocarina of Time, I was one of the unfortunate ones stuck with this forgettable motorcycle racing game for Christmas. Still, it was a video game, and I hadn’t entirely learned the concept of what a bad game was at that point, so I gave it a shot. Just to add insult to injury however, the game was infuriatingly hard for my still developing game skills, and I only ever got as far as the second level. Unfortunately, this lead to my young eyes having to view the game over screen repeatedly, which probably left a bit of psychological damage on my child mind.

Eventually I would just have to leave the room when this screen would appear it was so upsetting, but the mental image was always there. By losing the race, my racer would fall into a fiery hell. And it was all my fault.

Yep, Mario again, turns out those games can be just as unsuspectingly creepy as Zelda if you look in the right places. This time the scare comes from Super Mario Galaxy 2, in the Shiverburn Galaxy. No one can quite explain why they’re there, but investigative players might notice three mysterious, shadowy figures overlooking you on the mountains above. They leave an eerie impression, silently staring down at Mario and only discovered if going into first-person and looking opposite the starting area. They serve no real purpose, and only appear in this one area in the game, for seemingly no reason. Without an answer from Nintendo, determined fans were able to uncover the name of these beings from the game’s files, “Hell Valley Sky Trees”, which only adds to their mystery.

They’re definitely not trees, so what are they? Abandoned cut characters or a silly innocent joke from Nintendo? With no definitive answer the whole enigma is enough to spawn creepypastas and leave us utterly spooked. Maybe Mario isn’t such a kids game after all…

7 More of the Scariest Things in Non-Horror Games

Another 7 of the Scariest Moments in Non-Horror Games